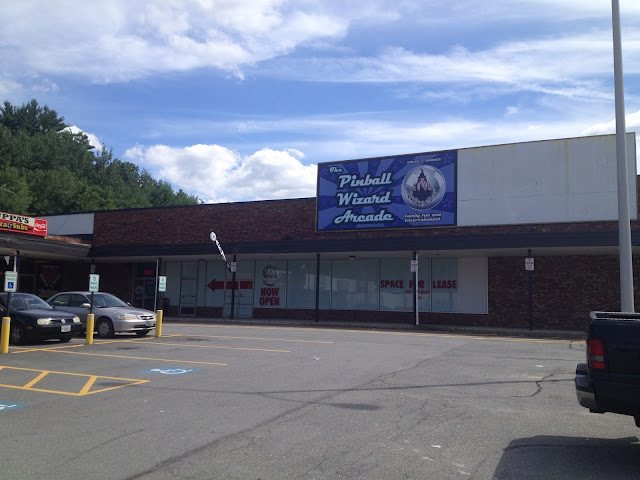 One of the places in New England that I think of as a real "hidden gem" for gamers is the Pinball Wizard Arcade located just across the border from Massachusetts, in Pelham, New Hampshire. It's about an hour and a half drive from the Boston area, and just over an hour from my house in Whitinsville, MA. 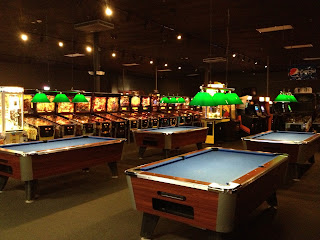 I think many gamers know about Funspot, which is also a really great arcade and video game museum, but fewer are aware of this place, which is a shame! Depending where you live, it's much closer, and offers about as much classic gaming fun, with an added emphasis on pinball. The arcade itself sits in a very nondescript 1970's-style strip mall along Route 38, next to a small pizza place, and is run by a really great lady by the name of Sarah St. John. I don't know her personally, but she's made quite a name for herself for being one of what I assume must be a diminishing number of experts when it comes to pinball machine and arcade machine repair. Besides running the Pinball Wizard Arcade, she fixes, updates and restores machines under the name of My Arcade Repair, LLC. 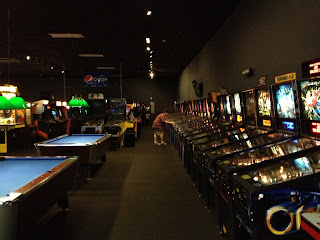 The advantage of having such a technical person running the arcade is that you see the love and care being put into these machines when you visit. Unlike some crusty table at a bar, these are good enough to be showroom models. Especially when it comes to pinball, having a perfectly-running machine makes a huge difference, and the fact that these machines are in such good shape (despite their age!) means you'll be playing them in as good a condition as it's likely you'll be able to nowadays. 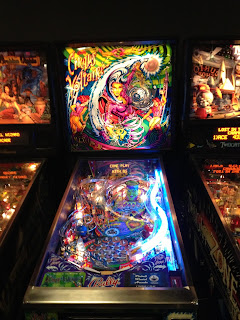 There are literally hundreds of pinball tables available to play, including tables that are quite rare to find or purchase nowadays. It's kind of incredible that you can walk in and drop a quarter to play classics like Space Shuttle, Taxi, Funhouse, and Gorgar in perfect condition. They also have almost all of the newest tables being produced by Stern Pinball, including Tron: Legacy, The Wizard of Oz, and even Guns n' Roses.

Stepping into the arcade brings back a ton of memories for people my age and older - loud music (but not too loud, this is a family-friendly arcade), the chaotic sounds of video game bleeps and bloops mixing with the mechanical cracks and dings of pinball, the mess of color and light that can be seen on the periphery of your vision while you play. Good times! I completely understand why arcades have largely gone away (technological changes and the shift to playing on the couch or computer), but there's something inherently inspiring about the arcade. You see decades of creativity on display, and dropping tokens into the machine gives you an immediate goal: be good enough to get your money's worth. :) 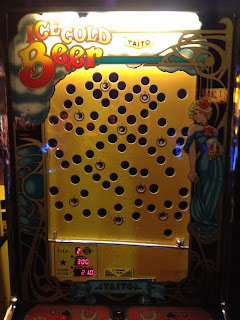 As I mentioned, though, the Pinball Wizard Arcade isn't just about pinball. They also have several hundred video game machines, including just about every classic arcade cabinet you could name: Ms. Pac-Man, Pac-Man, Tron, Galaga, Galaxian, Dig Dug, Tempest, Asteroids, Smash TV, Mortal Kombat, Bump n Jump, the list goes on! An entire row in the arcade is largely dedicated to classic fighting games, and three additional rows contain a mix of video machines encapsulating the entire history of arcade machine gaming. It's nice to discover older games that you may have missed.

They also have dozens of midway-styled games, including the really cool Ice Cold Beer machine pictured here. You control both sides of the metal rod and have to balance the silver ball to avoid most of the holes, while working your way up to number 10! I personally couldn't get past four, but hey - at least I got that far. They offer the usual fare of cheap-but-kinda-awesome plastic toys and such in exchange for the ticket you win for playing these games, which also brings back quite a few memories...

I first went to the Pinball Wizard Arcade a few years ago, not long after I first moved to the Boston area. Perhaps it was just that visit, but at the time there were not a lot of people there on a Saturday afternoon. When I went there around my birthday at the end of July, though, the place was buzzing nicely with patrons, which I take as a good sign for the business' future. I really hope the Pinball Wizard Arcade has enough success to keep going, as there are very few arcades of this quality left in the United States. At this point, these kind of establishments are as much interactive museums as they are businesses.

The Pinball Wizard Arcade has also started to sell actual machines as well. When I went there over my birthday, the manager on-site said that they were largely selling duplicates of the machines that come through their doors. The manager, whose name I cannot recall, said the arcade is famous enough that they tend to get "first dibs" on a lot of pinball and arcade machines that homeowners or businesses decide they no longer want or need. Some are used for parts if they aren't in good enough shape, while others are restored and then sold. When I was there, they were selling several great pinball tables and about a dozen arcade machines. I had an eye on a cocktail table Pac-Man, but alas, the price is just a bit out of my range. Good pinball machines nowadays can run into the thousands of dollars, and even common classic arcade machines can fetch a grand or more, depending on condition. 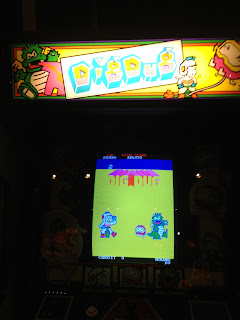 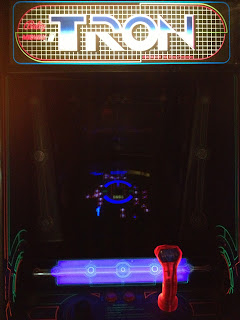 It's my hope that anyone I know who loves video games or pinball, and lives anywhere near here, visits and supports the Pinball Wizard Arcade. We can count ourselves lucky to have such an establishment near us! They offer packages for parties as well, that give you pizza, pop and a set number of tokens per child (or adult) for a pretty reasonable price. It was very interesting to see teenagers and even younger children there when I last visited, as these games are really from their parents (or even grandparents) generations. That said, all of the kids I saw there were having a blast, which goes to show that classic arcade machines really do stand the test of time.

Oh, and they have Skee-ball. Who doesn't like that?

Do you have a favorite arcade near your home? If so, please tell me about it in the comments section below!